Panda pictures and plans did not develop 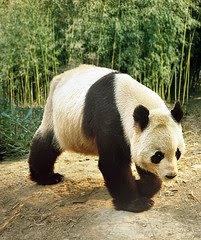 We have finally wandered into the top 10 most used labels in the initial 300 posts of this here blog.

While we are not one of those families that vacations every year, we do enjoy travelling and when we do travel whether it be a field trip, a day trip, or a weekend getaway, I like to post about it here.

Today I'd like to talk about completing my panda trilogy earlier this year. And as most really good trilogies go, it has 4 parts. But to be technically correct let's call the 3rd part an interlude.

Part I:In the late eighties on a whim, I travelled by bus from Illinois to Mexico. While on the trip, I visited an old pastor who was currently a missionary in Mexico City. I also visited an ex-girlfriend who was studying in Monterrey for the summer. While I was in Mexico City I went to the Mexico City Zoo and saw the pandas among other things. I took some great pictures of the pandas but those pictures, not unlike my plans to patch things with the ex-girlfriend, did not develop.

Part II: A few years later, the summer I graduated college, I was accepted on a 2 year missions assignment to teach English in the Chengdu province of China. Chengdu is the area in China pandas are indigenous to. The above picture was taken at the Chengdu panda reserve. In my interview process, one of the missions staff introduced himself as the person you never want to receive phone calls from. There was a 2-3 month period between my being accepted and my leaving the country. During that time I worked in my father's office. One day at lunch I called home to check the answering machine and lo and behold, I heard the voice of the man you never want to get calls from. Without going into too much detail, suffice it to say the Chengdu job did not develop either.

Interlude - Not all things develop the way you want or expect them to. Even though the girlfriend thing, the mission thing or the panda thing did not develop, other better things did. 3 months after China being closed to me, I was in Russia teaching English, starting churches and sharing the love of Christ in ways I could not have in China. Incidentally, Russia did not open up for visitors like myself until after I had been accepted for China. About a year after the Mexico trip, I ended up meeting the woman who would become the love of my life. Even though that picture took some time to develop. 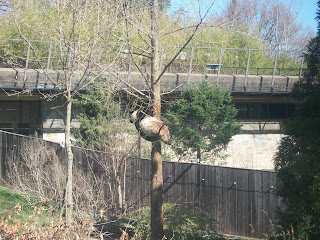 Part III. This spring, about 12 years after Amy and I got married we visited Washington D.C. Amy had never been to D.C. and it was a long awaited and very cherished trip. On that trip we as a family saw pandas at the National Zoo; they were surprisingly active on the day we went. That visit did not turn out exactly the way we had planned it, but like the adventures depicted here, better than I could have imagined.