Keith Roller Played With a Full Deck and the Cards He was Dealt.

My brother Keith was born on this day in 1970.  He passed away in April of 2013 at the age of 38 from a heart attack while in a nursing home in Elgin.  He died a few weeks  before he was scheduled to return home to his wife and kids.

My brother had social, emotional, physical, and mental health challenges on his brief time here,  One could say that the deck was stacked against him.  To judge him for his challenges, as many did,  would be not only unfair but would rob you of knowing one of the kindest, smartest, funniest people you would ever encounter.

In his short life, he graduated college, fell in love, married and fathered 2 children who he showered love on.  While it seems cruel that they hardly remember him, his legacy of kindness, passion, and creativity continues in them.

I was an older brother to Keith, I was also his youth group leader when he was in high school.  I guess I was something of a model and an example to him.  In many ways he was an example and even a teacher  to me and although his life on earth is over the memories and the lessons continue. 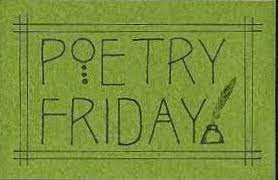 Earlier this year,  I started 2 sonnets with the same line: The time were given is quite brief.  It started as just an exercise,  It became much more than that when the 2nd poem became about Keith.  As today is not only Keith's birthday but also Poetry Friday.  I thought I would share it again here.

Death of a Brother

The time we're given  is quite brief
For some, it's much too short
One April morn I got the report
I'd lost my brother Keith
Such news was so beyond belief
That I had no retort
Of snappy comebacks, I'd fallen short
So anguished by my grief
My brother died in a nursing home
At the age of thirty-eight
While he was watching M*A*S*H
13 years later as I write this poem
Though my grief is not as great
My heart still bears the gash
Buffy Silverman is hosting this weeks Poetry Friday.