I am currently on Spring Break and I hope to get a lot of reading finished.  Here is what I have read and or listened to since 2/15/22 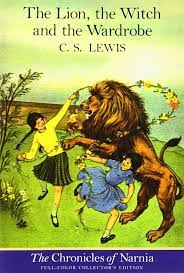 The Lion The Witch and The Wardrobe - C.S. Lewis
Listened to via Hoopla
3/9/22 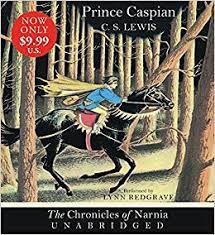 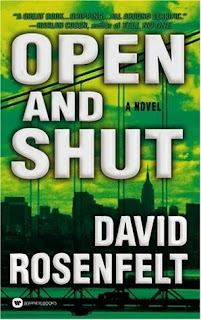 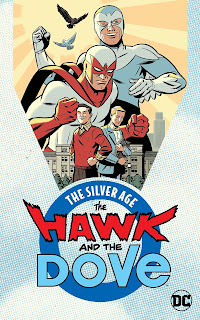 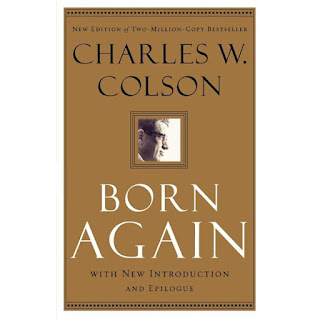 It would be pretty easy to assume that most of my reading is taking place on my phone these days.  That is not actually to the case.  I am reading a number of books the old fashioned way but have been mainly finishing the electronic ones.  Over Spring break I hope to finish a few of the ones I've been plugging away at.
Ten books I am currently reading or planning to read soon are .
Essential Defenders Volume II - Len Wein
God's Forgetful Pilgrims - Michael Griffiths
Big Nate - Vol 1 - Lincoln Pierce
Love, Dance & Egg Rolls - Jason Tanamor
Renegades, Born In The U.S.A.  - Bruce Springsteen & Barack Obama
Until Tuesday, A Wounded Warrior and The Golden Retriever who saved Him - Luis Carlos Montalvan
Voyage of the Dawn Treader - C.S. Lewis
Inside The Voyage of the Dawn Treader - Devin Brown
Roger Ebert's Movie Yearbook 2007 - Roger Ebert
The Story of God - Walter Wangerin
I finished my last book on 3/24 but today is 3/31 so I'll give you stats for both days. from 3/9 to 3/24 I finished 5 books in 16 days.  That's a book every 3.2 days.  If that could be sustained it would mean 114 books finished in a year.  As of today there have bee 90 days in the years and I have finished 15 books which is a book every 6 days which makes about 61 books for the year.
Posted by Just Plain Dave FKA Home School Dad at 6:47 PM 2 comments:

Email ThisBlogThis!Share to TwitterShare to FacebookShare to Pinterest
Labels: Last 5 Next 10

On Saturday March 19th, I ran in a 1 mile race in Chicago.  The mile at the Shamrock shuffle is a precursor to the 8k (5 mile ) shamrock shuffle run on the following day. I had not run in a timed mile race since 1980 when I was a freshman in highs school.  On that day I finished with a 5:50 mile.

My wife and I stayed overnight in Chicago on Saturday and I ran in the 5 k as well.  My 16 year old niece ran the 5k with a faster mile average than  my 9:45 and I finished my 5 k in less than an hour somewhere in the 11:30 mile range.  I achieved my only goals of finishing both races without walking.  I hope to run in a few more races this year.  I'll keep you posted.  Here are some pics from Sunday.

Posted by Just Plain Dave FKA Home School Dad at 11:10 AM No comments:

Posted by Just Plain Dave FKA Home School Dad at 10:45 AM No comments:

The Academy Awards are a one week away and in preparation for the awards I have been watching some acceptance speeches. In 1970 John Wayne was nominated for True Grit and Barnbara Streisand who had one best actress in 1969 for Funny Girl was presenting the award for best Actor. Not only did Wayne put on a clinic for how to gracefully and quickly recieve an award, nut Streisand set the standard for how to read off the nominees.
Posted by Just Plain Dave FKA Home School Dad at 5:30 PM No comments:

A to Z challenge 2022 Theme Reveal

When I guest posted last month at the A to Z challenge blog I kinda did my theme reveal a little early.

Just in case you missed it, I said that this year I will be posting limericks that I have written. Because it's the A to Z challenge,  the theme of each limerick will start with a different letter of the alphabet. It turns out that April is National Poetry Month so the timing works out well.

Why limericks? It all started almost 9 years ago when I wanted to do something to commemorate my 50th year on the planet.  So on Facebook from the day I turned 49 until the day I turned 50, I tried to generate one limerick a day and post it there.

Most for debt and a little for fun

It's time for relaxing

For the a to z challenge I have chosen  9 of those Facebook limericks  and will post them on the appropriate  date for the appropriate letter. Many of those FB  limericks were about friends having birthdays or such things; don't expect to see any of those here.   In the month of March I plan to pen 8 more limericks, and if all goes well produce 9 final limericks in April on the day they drop.

This is where my announcement begins to resemble a late night infomercial, because besides the 26 limericks, you also are going to get 2 more wonderful A to Z products.

As you may or may not know Leap of Dave is a conglomeration of 4 blogs I used to write simultaneously. First,  I changed my blog Home School Dad to Leap of Dave.  Then I discontinued.my blogs Dave Out Loud (a vlog), Crazy Uncle Dave's Sports Blog and Random Acts of Roller and transferred them here.  In the past I have participated in the challenge from all 4 blogs.  This year while I will only be participating once, each post will contain 3 separate parts.

After the limerick I will be featuring a baseball player who hit at least 100 career home runs in my life time.  In the past at Crazy Uncle Dave's I have done this same type of theme for Chicago White Sox Players and Chicago Cubs Players.  There will be some repeats of those players but mostly it will include players from all around the league.  To give it more variety I will have at least 5 players whose  main homer contributions were in the following periods:  1964-1975, 1976-1987, 1988-1999, 2000-2010, and 2011- 2021.

Like many people over the past few months, I have been playing the game Wordle on line.  On March 1st my starting word began with the letter A.  Each day this month I am starting with the next letter in the alphabet.  On April 1st I will share the word that began with A and my subsequent guesses until I finally got the correct Wordle of that day.

L is for Limericks, Long Balls and Lengthy Wordle explanations.

I am looking forward to sharing my love of poems, baseball and word games with you guys next month.  I hope you are all planning on participating this year by at least reading a number of other peoples' posts.  If you are thinking about participating in the challenge this year as a blogger, stop thinking about it, and do it! If you have your theme reveal ready, click here and enter it so we can all see what you're up to.

See you guys in April!

Email ThisBlogThis!Share to TwitterShare to FacebookShare to Pinterest
Labels: A Poem, A to Z Wordles, Baseball, Blogging A to Z, Crazy Uncle Dave, L is for Limerick, MLB sluggers A to Z

Posted by Just Plain Dave FKA Home School Dad at 6:00 AM No comments: