I come from a Notre Dame family.  My Dad went to Notre Dame; my older sister went there as well.  In fact, that's how they met.

That joke is one of the first things I think of when I think of the University of Notre Dame.  When I think of Notre Dame, I think of people associated with their football, basketball and marching band programs. The name I associate to Notre Dame more than any other is that of former university president,  Rev. Theodore "Ted" Hesburgh.  Father Ted passed away late Thursday night in South Bend, Indiana, at the age of 97.

Hesburgh served as president of the University of Notre Dame from 1952 to 1987 and was a major national and religious figure.  If you were to google Hesburgh, pictures like the one below of him and Martin Luther King would pop up. You would  also see pictures of him standing with past and former U.S.  presidents from Eisenhower to Obama.  You would see pictures of him with popes.  But the picture that comes to my mind is of him and my grandfather in the 1950's when my Dad was an incoming freshman at Notre Dame.  It is a picture in my mind only, but as clear as any of the images I can pull off the web. 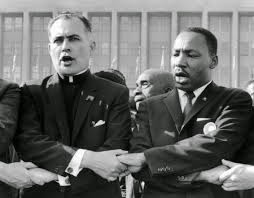 My grandparents were dropping off their oldest son at ND and father Hesburgh had met with some of the parents at a social.  He was introduced to my grandfather and the next day, he saw my grandfather again and remembered his name and other aspects of their conversation.  This is the picture in my mind, it may not be exactly how it went down almost sixty years ago, but all I know is my dad was very impressed that such an important man as Hesburgh would recall talking to his father.

Hesburgh didn't always want to be president of a major university.  He had hoped to serve the Navy and his country as a chaplain on an aircraft carrier.  In 2013 at the age of 95, the Navy made Hesburgh  an honorary chaplain.  While we don't all get the opportunity to advise presidents and march with historical icons, but we do have the opportunity to serve ordinary people in any way we can.  In this way, we can make Father Hesburgh's greatest legacy our own.

It's been a while since I posted a video on the blog. Wolfina and I thought this was funny. I hope you do too.

Sometimes I get so busy in my life, that I don't check my blogroll for weeks at a time and miss the blogs that I follow. Now I follow these blogs because I enjoy their content. I have decided to try to take some time each week and read the content they provide. I will try Monday to reward one of those blogs with post of the week.
nop

The inaugural post of the week goes to one of my favorite blogs, Families Again. The winning post, A Night To Shine is a nice synopsis of the Night to Shine events that are sponsored by the Tim Tebow Foundation. It is a prom for Special Needs Children and Adults.  I found the post especially the three videos  depicting the events to be encouraging and inspiring.

My Dad will turn 77 next month.   The movie I watched this month for the first time came out 2 years before he was born. There is often a tendency to think that anything that happened before you were born as hopelessly out of date. To think that nothing of cultural significance happened before you showed up. However, this is far from true. In 1936 when Modern Times 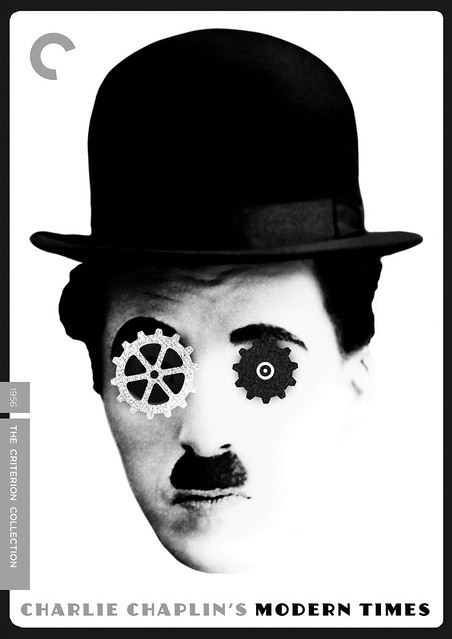 In 1936 when Modern Times opened in theaters it was already anachronistic. Modern Times, was a silent movie when the talkies had pretty much put that once flourishing industry out of business. Much like B&W movies were still being made in the 50's and 60's when most of the films were in color, there were still a handful of silent movies made in the middle 30's when Modern Times came out. Technically Modern Times (depicted below in lego format) is not technically a silent film. There is talking but not by any of the characters in "real life" only through the loud speaker, record player, or other "modern" inventions of the time. Chaplin also sings in one of the final numbers. 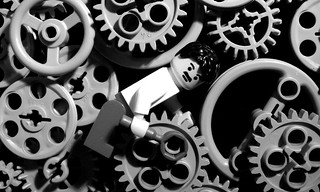 The rest of the movie is typical of the prototypical 1920 silent movies with music played over the action and dialogue cards. For example, here is a clip from the beginning of the film ...

One of the things I found most interesting about this movie is that even 80 years ago some things (like silent movies) that once had mass appeal were becoming obsolete and other things (like a modernized dehumanized work force) were tolerated but not liked or really accepted. There are many good reviews of the film that makes these points very skillfully, I recommend this review from Decent Films.

I also found the 1936 review from Variety to be most informative.  The last line of the review, although written for "modern" audiences 80 years ago,  has a tinge of prophecy to it.

"Film has been two years in actual work and Chaplin should today find as wide a world-wide market as in yesteryears."

I found the movie to be very accessible even to modern audiences. That is one of the reasons why critics and filmgoers alike still enjoy this film. My watch again likelihood is 90 to 100%. 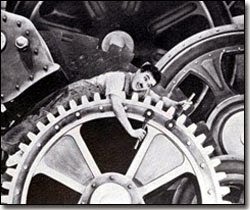 Posted by Just Plain Dave FKA Home School Dad at 1:28 AM No comments: