My sister's 4 children including her oldest, all live near Washington D.C., while the rest of  my nieces and nephews live in the same Midwest state as we do.  This means that I am both a long distance and short distance uncle.  Last year my oldest niece started attending college a few hour away from where we live.  This means we  have seen a bit more of her in the past few years than we usually do.

In fact she was at Thanksgiving on Thursday at my folks  with the rest of her cousins, uncles and aunts.  Today she took a break from her studies and went swimming with me and  kids.  Our kids really like her and she is gracious enough to treat them as equals even though she is now much more adult than kid.

After swimming, Bunnygirl and I traveled to the hospital to visit another niece.  She wasn't sick, just extremely young.  She's also not naive, but she was born yesterday.  My wife spent Black Friday at the hospital helping her sister give birth to a beautiful girl.

When Bunny girl and I got to the hospital, I realized I had not been in the newborn department of that particular hospital since Bunnygirl was born 13 years ago.  The hospital rooms had not changed much.  My BIL and SIL were watching a rerun of Law and Order when we walked in.  I remember Amy and I watching Law and Order reruns there when Bunny girl was an infant.

One thing that had changed is that Bunny, who years ago, looked similar to my newest niece pictured below 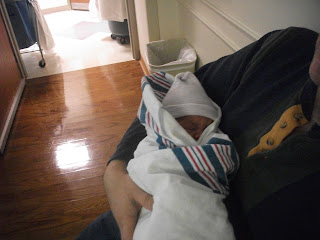 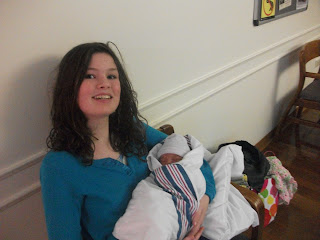 .  now does not resemble her new cousin in the slightest.  But she does love her as do we all.
Posted by Just Plain Dave FKA Home School Dad at 11:24 PM No comments:

Time for another edition of the Carnival of Homeschooling.  This week it is being hosted at Home Spun Juggling.  Please enjoy the Gratitude after Stormy Weather edition.  Cristina was nice enough to include my response to" Should Homeschoolers keep a low profile?" in this week edition.  I am very grateful.
Posted by Just Plain Dave FKA Home School Dad at 9:20 AM No comments:

Should Homeschoolers keep a Low Profile - A Response

At the end of September, Happy Elf Mom of Home School and Etc. had a guest post entitled Should Homeschoolers Keep a Low Profile?  I have been wanting to respond to it for some time now but have had so much on my plate, have not gotten around to it

Well I am enjoying a quiet Sunday afternoon/evening and Lo and behold I got one. 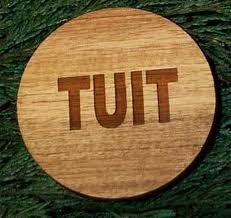 I will be responding to parts of the original post which I have italicized.

We're really proud of the local school. It's part of living in this town: we root for the Falcons.

So far so good.  Nothing too objectionable.  I understand how a school can be part of living in a town.  Especially when that school has successes to enjoy.  I've seen Remember the Titans and October Sky enough to understand that.


If you homeschool, it's like saying you don't want to be part of the social fabric of the town. Your children are not participating in something that is important to all of us.

So much for so far so good!  Or as Marlin says in  Finding Nemo, "Good feelings gone!".

I have many problems with these small sentences.  First of all just because I homeschool does not mean I do not want to be part of the social fabric of the community.  My children have been  active in athletics, library, park district and scouting  programs and even volunteered at the local public school.   In what way does that say we don't want to be involved?

You're also unintentionally hurting the feelings of some very nice, dedicated people who work hard to keep our local school one of the best in the region. And you're basically saying that my school isn't good enough for your kid . I know you don't mean it that way, exactly, but that's how it comes across to a lot of people."

I don't have a lot to say about this part.  Except to say as I am working on this post,  my wife is e-mailing a local radio host applauding the staff of a local  public school for the exemplary work they do in our community.  No doubt, because she feels so guilty about hurting their feelings.

Speaking of guilt, the author continues her thoughts . . .

There's also the fact that not everyone can homeschool like you. People feel guilty or obligated when they hear about the good things that you are doing with your child. You don't have to say one word about them homeschooling for them to feel judged. I know you don't want to hear that, but that's just human nature.

By that logic, parents of honors students would not be aollowed to have those bumper stickers cause other parents would feel guilty or obligated about the good things others kids were doing.  I know they don't want to hear that, but that's just human nature.

After one last closing salvo regarding some home school parents saying it is God's will that they homeschool.  She concludes by saying . . .


I know you really enjoy homeschooling, but I think you should just tone it down a little.

But that doesn't seem to be at all what she's saying.  If people can feel guilty  even if we say nothing, how does toning it down a little help?  I really think she's giving reasons (not good ones) why people shouldn't home school.

Now we know people who proudly send their kids to private schools, some just as proud about their local public schools.  We don't feel guilty when they brag on those institutions.  We know they are really just bragging on their kids.  We see no problem going on about our home educated children in the same way.

As one of the comments on the original post said.

Why would I keep a low profile on it?

It's legal and we are awesome at it! :P


I wouldn't say I am  exactly awesome at homeschooling, yet.  But I would say it is awesome to live in a country where parents can choose what's best for their children.  Now we just need to learn to be more tolerant of other people's choices.

If you have entered here by way of the Carnival of Homeschooling, consider this link your breadcrumbs back to the gratitude fest. 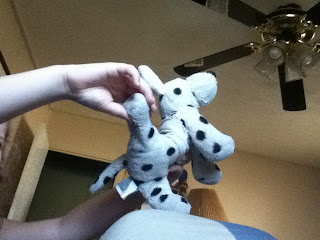 Puppy was playing with one of her Webkins yesterday when she announced, "Fluffy knows Karate and other Material arts."

Today is my brother Keith's birthday. Born in 1970, he died 7 months before his 39th birthday. This marks the 4th year that his wife, son, daughter, parents, brothers, sisters,nieces, nephews, and other relatives and friends have had to mark his birthday without his presence.

It s also Veterans Day, the day we Americans celebrate the veterans of our armed services.  Dictionary.com say a veteran is a person who has had long service or experience in an occupation, office, or the like: a veteran of the police force; a veteran of many sports competitions. With this definition in mind, I  got to thinking of everyone who has lost a loved one recently.  How they, like me, have become a "veteran" of grief.  Because even the loss of just one person you loved deeply is enough to make anyone a veteran.

We are taking some time as a family today to communicate to some of these "veterans" that we are praying for them and care for them deeply as they continue to experience their loss.  If you are a veteran of recent grief, I hope you are encouraged as you reflect on the memories of your loved ones.  If your war with grief is less recent and  you know of some one dealing with the new loss of a loved one, i would encourage you to communicate with them words of hope and encouragement.

Ah, Yes I had the Lasagna

Today is election day.  Amy and I voted right before I drove her to work. I had the hardest time deciding who vote for for President.  The election seemed to be a choice of Steak or fish and I had the distinct hankering for Lasagna.  I literally decided who to choose while in the voting booth.  After picking the big job,  I then filled out the rest of my ballot with much more conviction.

Steak or Fish should be served up a little later tonight.  Whatever Presidential Entree is selected I as a citizen will definitely come to the table and participate in the meal which is democracy.

As I mentioned in my last post, another election is taking place.  The HSBA Awards.  If you would like to see last years winners and who I voted for last year in each category click here.
Posted by Just Plain Dave FKA Home School Dad at 2:32 PM 1 comment:

Even though this blog has been mostly dormant for the past few months, I have been twice nominated for the 2012 Home School Blog Awards at the HSBA post. I have been nominated in the following categories

Hows that for six word Irony?

I have been working at a chemical plant since July in addition to my gig as home educator. Some of our assignments at the plant give us the chance to talk with each other as we word .  Recently I overheard 2 of my co-workers becoming acquainted with the other.  They discovered that they had both worked for the same company at about the same time and knew some of the same people. That is when one of my co-workers mentioned he was fired during employee appreciation week.

It was all I could do to keep from laughing.  That image of getting canned during the week chosen to celebrate employees has stayed with me.

If you have six words to share or simply want to see what others out there are sharing click here.
Posted by Just Plain Dave FKA Home School Dad at 12:11 AM 14 comments: 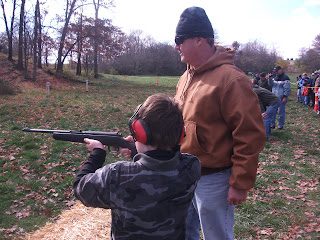