I'm biking on purpose, for a purpose. 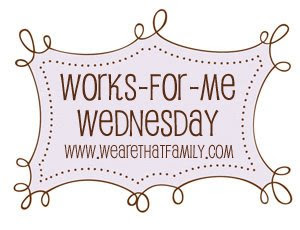 
When I got into high school I became an even more avid cyclist. My youth group went on two cycling trips a year. We would bike 3-5 days riding 60 miles a day. In addition to that I would often bike 10-25 miles (one way) to visit various friends. Once I was there we would often go cycling.

When I graduated high school I volunteered for 3 years at my youth group and continued my biking frenzy. But in the past 22 years I have mostly rested on my biking laurels. I would occasionally go on a 30-40 mile trek but those treks became few and far between. When I moved to South Carolina in 1995 I went through great pains to bring my bike with me and then rode it a grand total of twice in 2 years. When I got married in 1998, I made great pains to make sure my bike fit into our apartments and rode it a grand total of zero times in three years.


Last year when I lost my job in July I started cycling again with some regularity. This year we made sure the whole family had working bikes. While the rest of the family has been doing most of their biking in a church parking lot on our block, I have been hitting the roads and bike trails of Kane and McHenry county. 10-15 miles at a time is now a grand accomplishment but I am finding that I still enjoy cycling as much as I did in those days of youth.


A little more than a month ago I was told by a facebook friend of mine about a bike ride that International Teams (IT) was putting together. IT is a missions organization that I was somewhat involved with back in the eighties. I say somewhat because my involvement was to train 3 months for a two year missions trip that I ended up not going on. My facebook friend trained with me and went on the missions trip. IT is very involved in sharing the Gospel in refugee camps throughout the world. They are really in the forefront of refugee ministry.


Their annual bike ride benefits refugees and refugee ministry and is aptly titled the RIDE FOR REFUGEES. The ride is being held in 3 countries over 2 continents. Bikers will ride 5-60 miles and will raise funds as well. The day I heard about the ride I had just completed my goal of biking over 100 miles this summer. Back in the day I would do that in the week, but 100 miles in 2 months is much better than zero miles in three years. 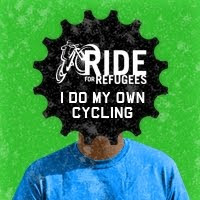 I decided I would do the ride this year. On October 3rd I am going to bike 30 miles which is 10 more than I've bike at one time in a decade. To prepare for the ride I've put on 100 more miles and have raised $260.00. My goal is $300 and anyone wanting to donate can contact me or donate on line by clicking HERE.


So to sum up, biking again after many long years away works, but making that biking count for others really works for me. To see what else is working head on over to WE ARE THAT FAMILY.

Next Time: Three Things Thursday.
Posted by Home School Dad at 8:45 AM