Down to the Last Strike: A Six Sentence Story

I am participating today in the Six Sentence Story Thursday Link Up at Girlie on the Edge's blog.

The basic idea is to write a story consisting of six sentences only.  Each week a word prompt is given to base the story on. This week's prompt was: strike.

Down to the Last Strike.

Frank only understood one thing in his life, baseball; everything else was like watching a movie in one unintelligible language with subtitles in another unintelligble language.

Baseball had absorbed his life for too long now: obsessed with it as a kid, endowed with an incredible gift to play his favorite game on a high level, and then lucky enough to get drafted by his favorite team.

His luck and his signing bonus-grubbing wife ran out nearly simultaneously after a career-ending injury before his professional career really even started.

He stumbled at first but soon, Frank was making the transition from player to scout; until he got the news about his Dad's cancer.

Frank only understood one thing in his life, and that was baseball - everything he knew, his Dad had taught him; the greatest of those lessons was you play the game down to your last strike.

Frank knew that life wasn't all peanuts and Cracker Jacks, and was now absorbed with something more than baseball: rooting for the home team. 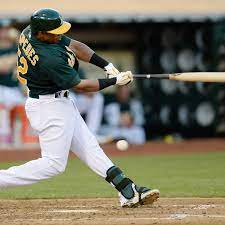 Awesome Six. Excuse me, while I wipe the dust that has flown into my eyes.

I like how he began rooting for his home team with his Dad at the end.

Missed the hot dogs and beer but a poignant allegorical tale.

Life emulates baseball... Nothing like the fight one embarks on when your down to your last strike in the bottom of the ninth just hoping to tie the game and force extra inning.

He knows what counts in life and i hope the money-grubber loses it all in a bad investment.