Annual/Season Passes: Deal or no Deal? 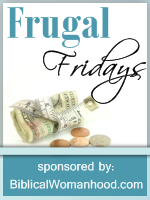 It's Friday, and that means that frugality reigns in blog world. This is my first foray into Frugal Friday which appears weekly at Biblical Womanhood. At the end of my post I will avail you with the opportunity to scramble over that way and see what other frugal festivities abound.

I think a key to frugality is to know when to spend and when not to spend. Amy (for those who don't know, Amy is my wife. She's my wife for those who do know, as well) and I have often nickel and dimed ourselves out of money rather than the other way around. One area where we have learned frugality is in knowing when to get annual or season passes and when not to. You know how when you are at a museum, amusement park or the like and the ticket person advises you that you could get an annual pass for another 50 dollars. When do you go for the upgrade and when is enough enough? I have a few ideas that have helped us make those decisions.

Know in Advance Your Plan of Use.

As I mentioned earlier this week we are a swimming family. We hit the local pool in the summer time as often as we can. The cost for our family last year was 18 dollars per visit. The cost of a summer pool pass for a family our size was 199 dollars. So the break-even point for us was 11 visits. We can generally manage that in a fortnight. In order to know whether such a venture would work for you, you would have to know how often you would be using the pass. If our family went only 5 times we would be out almost 110 dollars. Ten times and we'd be down only twenty bucks. If we went 20 times during the summer we would save 160 dollars. As a certain bald headed game show host might tell us, "we made a good deal."

Know What Doesn't Work for You.

A few years ago, our family got an annual pass at a Children's Museum. The particular pass allowed us to have free admission to a variety of other children's museums as well as the original museum. It worked quite well for us. Our children were 5 and 3 and the museums were perfect for them. Last summer the children each received a free ticket to attend that museum. They quite enjoyed themselves. But now at 8 and 6, I don't think it would hold their interest for regular visits, although the 2 year old did love it. The cost of the pass we got a few years ago is 110 dollars per year. The cost for me and the children to go by ourselves is $34.00. Break-even would be 4 visits. I am not sure that we have the interest for 2 visits a year let alone 4. Also we generally get 3 0r 4 free tickets to the place every year. So, I think I'd have to say: No deal.


Don't Let Season Passes Force the Fun Out of Your Fun.

My parents, God bless them, take each of their grandchildren on a pilgrimage to Disney World prior to their 10th birthday, so they can still get the children's rates. Emma went last April. My parents got a terrific deal on a multi-kingdom ticket or some such thing. Every day they went to a new place and had a terrific time. When Emma came back, I asked her what her favorite day was. She said the day they stayed at the hotel and played at the pool there all day. An extreme example of this would be subjecting yourself or your family to something you didn't like just to get your money's worth.

We generally never have more than one season's or annual pass at a time. The year we had the pass at the children's museum, we didn't renew our zoo pass. Also in this vain, we usually don't automatically renew our annual passes. For the zoo, we buy a new one the next time we go after the pass lapses. This way we get the maximum use of the pass.

I often will use money I have received as gifts or tax refunds to purchase passes with. This for us increases the savings and lets us use our regular income on regular items. I hope these tips will help you too to have fun on a budget. For more ideas on Friday Frugality click here.

Next Time: What would you ask the President?
Posted by Just Plain Dave FKA Home School Dad at 5:27 AM

Email ThisBlogThis!Share to TwitterShare to FacebookShare to Pinterest
Labels: Frugal Friday, Fun on a Budget

My kids, too, would much rather go to a hotel and play in the pool all day. Forget all the other "fun" stuff. Just give them a day in the pool. :)