Beginnings Part III: Now Where Were We? 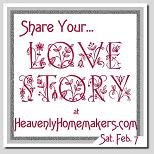 The Faqs of Life.
My Life in Frequently Asked Question format.
Today's topic: Now Where Were We?

Q: When did you first meet your wife?

A: In the Fall of 1990. I was active in the Inter-Varsity Christian Fellowship chapter at Western Illinois University. At our first meeting of the year, Amy was there. I remember talking to her at that meeting.

Q: What were your impressions?

A: I can do a pretty good Bob Dylan singing Amazing Grace.

Q: No, I mean what did you think of her?

A: I thought she was very nice. I remember talking to her about being from Lisle, which is where my Grandparents lived.

Q: What were her first thoughts of you?

A: Before the meeting she had seen me at the Hardees restaurant in the student union. I was in line, wearing a ball cap, stroking my chin and contemplating my order. Her first thought of me, was that I was the kind of guy that would be at the Inter-Varsity meeting she was going to. It turns out she was right.

Q: Did you start dating right away?

Q: So do I have to ask you 7 years of questions?

A: No, ask how we became friends and I'll lead you home.

Q: How did you become friends?

A: I think it started the next week at our chapter retreat. I was trying to get to know all the new people. However, I had many responsibilities on the retreat. So, I would start a conversation with Amy and Vern Vincent would need to talk to me about the skit we were in or someone else would want to know what time the speaker was coming or some such. I would then go back to Amy and say "now where were we?" She would always say "We weren't anywhere, we hadn't started yet." I thought that was terrifically funny.

Amy, it turns out has a terrific sense of humor honed by many years of teasing her dogs and younger siblings. One Sunday afternoon at Golden Corral after she was done eating, she said she was fuller than a Theological Seminary. Anyone who knows me, and heard that joke, would attribute it to me in a heartbeat.

Q: So you could say it was love at first joke?

A: You could say that, but you'd be wrong.

Q: Now where were we?

A: That's my line. But we were talking about how I first met Amy. We became inseparable friends. Before we could become friends, however, she had to give me an IQ test.

A: Excellent. I kept making jokes. Amy was testing her friends because she was studying to be a school psychologist. I would make jokes during the testing. It was great fun.

Q: With all the time you were spending together did anyone ever try to couple you up?

A: Who didn't? I once had a girlfriend who tried to get us together. We didn't date too long after that.

Q: Why were so many people getting mixed messages about you. It's not like you wrote songs for her.

A: No, I wrote songs about her all the time. But they were mostly to make her laugh on road trips to and from school. I did write her what could be construed as a love song when I was in Russia, but that was more of a friendship song.

Q: Well it wasn't like you bought a ring or anything.

A: Actually, I did that too.

A: When she lived in Peoria she was working hard to get out of debt. She really wanted to buy herself an emerald ring but could not afford it. The next week on my lunch break I saw a circular that was advertising an emerald ring at a very reasonable price. I really thought that was God's way of telling me to buy her the ring. So, I did.

Q: Well at least you never slipped a putter through her hoop earrings while she was wearing them.

A: No, we're legit. In December 1996, I was in South Carolina and she was in Hickory Hills. We used to chat from time to time on AOL. One day I could tell something was troubling her and it came to me like an epiphany. She's in love with me and is afraid to tell me because if she does the friendship won't be the same.

A: Over a long chat I coaxed it out of her. When she finally typed it. It had a tremendous impact on me.

Q: What kind of impact?

A: The closest thing I can compare it to is my conversion experience. I was sitting there, thinking this is my best friend, what would I do without her. Then it was like the lights went on and I realized this is more than my best friend this is the woman I want to share the rest of my life with.

Q: What happened next?

A: I visited Chicago a week later with the purpose of seeing whether Amy and I might be more than friends. I went to church with her and was grilled by some of the high school students she worked with. You know a girl is serious about you when she sicks Amanda Lesmeister and company on you.

Q: Is there a place people could go to read more about how people fell in love, and perhaps post their own story?

A: They could click here and be sent to the Share your Love Story page at Heavenly Homemakers.com

Email ThisBlogThis!Share to TwitterShare to FacebookShare to Pinterest
Labels: Beginnings, Faqs of life, Sitting in a Tree