B is for Billy (Graham and Sunday) 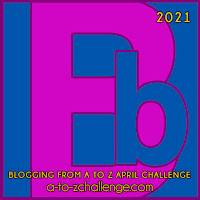 One thing I discovered quickly in my preparation for this years A to Z challenge is that there were more than 26 people I wanted to write about it.  Of course quite a few of them I had to discard, but where I could I have tried to put a few in the same post if I feel they are some what connected.
For the letter B I found 2 men with not only the same first name but also the same occupation. 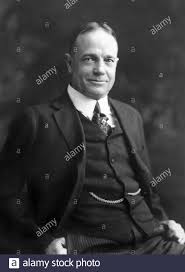 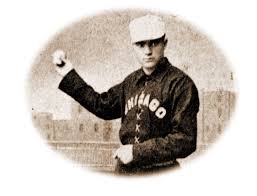 William Ashley (Billy) Sunday
Years Lived Before 1921: Fifty-nine
Years Lived After 1921: Fourteen
Billy Sunday  was a famous evangelist and prior to that he was a baseball player.  He was born in Iowa in 1862.  His father died in the Civil War a few weeks after his birth.  He was raised in an Orphan's homeHall o. He loved baseball and was discovered by future hall of famer Cap Anson and signed with the Chicago White Stockings (Cubs).  He played for  Chicago from 1883 to 1887 and played
After you've looked at the additional content from my other blogs head back to the challenge and explore continue exploring. He played for the Pittsburgh Allegheny's (The Allegheny's changed their name to Pirates at the end of the 180 campaign.)  from 1888 to 1890 before being traded to the Philadelphia Phillies midseason.
While Playing for Chicago Sunday was converted to Christianity after attending meetings at the Pacific garden Mission.  In 1886 He met Helen "Nell" Thompson who he married in 1888.  In 1891 he quit baseball and began work at the YMCA.  After the YMCA he began  preaching at revival meetings first with J. Wilbur Chapman in 1893 and then on his own in 1896.
Sunday would often incorporate baseball into his crusades.  Sometimes forming teams to play and playing for both sides.  He believed in the authority and inerrancy of scripture and unlike some
preachers of his day addressed social issues.  He denounced child labor, supported the vote for women and did not segregate his revivals even in the deep south.  He was a strong proponent of World War I and and even stronger advocate of prohibition. 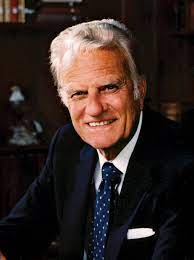 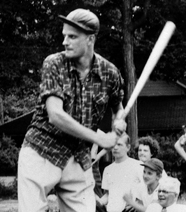 Billy Graham grew up in North Carolina where his childhood dream was to be a baseball player. He addressed this in a book  he wrote in his 90's:

Since there were few things in life that I loved more than baseball, as a young man I dedicated myself to the sport and hoped that my passion for the game would lead me straight to the major leagues.

My goal was simple: stand at home plate, with bat in hand, immersed in an important game. I often pictured myself hitting a big-league grand slam into the stadium seats and hearing the crowd roar with thunder as I ran the bases—nearing home.

He then followed it up with this ...

I never would have guessed what lay in store. After giving my heart to the Lord Jesus Christ—repenting of my sin and putting my entire life into His hands—I laid down my dreams, along with my bat, and fully embraced God’s plan by faith, trusting that He would lead me all the way. He did, He is, and He will.

As I look back, I see how God’s hand guided me. I sense His Spirit with me today, and most comforting is the knowledge that He will not forsake me during this last stretch as I am nearing home. If that doesn’t give me a sense of hope, nothing else will.

Billy Graham came to faith in Christ through a revival  meeting that came to his town.  This was the beginning of the end of his baseball dreams but also the beginning of his own career as an evangelist.  Unlike Sunday Graham was well educated getting degrees in 1940 from Florida Bible Institutes and in 1943 from Wheaton College.  It was at Wheaton where he met and married Ruth Bell. Like Sunday some of his first forays into ministry were with young people.  While Sunday worked for the YMCA Graham worked for an organization called Youth For Christ.  I first heard the Gospel through Youth for Christ and volunteered as a youth leader my first 3 years after high school so I feel like I can relate to Billy Graham on that level.

From 1947 to 2005 Graham conducted 417 crusades in over 180 countries and territories on 6 continents.
Graham successfully utilized radio, newspapers, magazines and television in his ministry.  He was able to be a very public Christian figure and avoid any major scandals in his ministry.  While he certainly had critics, his style of clearly communicating the gospel on a global scale for more than a half a century is definitely the greatest evangelical achievement of the 20th century.

A to Z Archives

Meaningful (and civilized) dialogue between adherents of different worldviews at Dave Out Loud. In 1969 Woody Allen and Billy Graham appeared together on a T.V. special.  I uploaded the video from you tube onto my vlog last year to show how civil disagreements can be.

The Politics of Christianity at Random Acts of Roller. I use the legacy of Billy Graham as a counter example to how politically one sided I thought American evangelicalism was growing.

A To  Z Extra
Sunday Mond ay  atCrazy Uncle Dave's Sports Blog. How 2 Chicago Cubs outfielders named after days of the week are better known for their stands rather than their stats.
That's all I have as Day 2 of the challenge comes to an end.   After you've looked at the additional content on my other blogs head back to The A to Z challenge and  continue exploring. .
Posted by Home School Dad at 7:00 AM