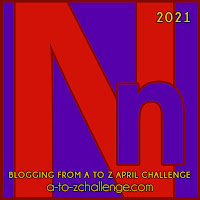 My youngest daughter when she heard about my a to z challenge theme this year asked if she could write about one of the Radium girls.  Since I don't know very much about the radium girls I asked her if she's be willing to write a guest post about one of them.  She chose Charlotte Nevins Purcell who she will be portraying in her high schools spring play, These Shining Lives. 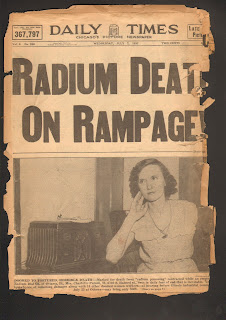 Charlotte Nevins Purcell was one of the dial painters who worked at the now infamous Radium Dial company in Ottawa, Illinois. She was one of the many women working at the company (now known as the 'Radium Girls') who painted watch faces with radium powder, which wasn't widely known to be harmful at the time. Because of this, she was also one of the many women who suffered from radium poisoning as a result of their work. Charlotte had to have her arm amputated because of the radium, which allowed her to live longer than many of the other women whos poisoning had taken effect in more vital areas.

" A relative said: ‘She was pretty outspoken. She told people what she thought about things ... she spoke her mind about a lot of things.’ That perhaps explains why Charlotte played such an important role in the Illinois lawsuits. She and Catherine Donohue were ‘spokesmen for the other women’." - Kate Moore, author of The Radium Girls, wrote about Purcell

Charlotte Purcell was evidently the kind of person who would not give up and would not stand for injustice.  According to family members, she once tied one end of a jump rope to a fence in order to be able to jump rope with only one arm, because of her amputation. This shows how she never let anything stop her, which is truly inspiring.

Thanks daughter! For more A to Z challenge click here.

Your daughter did a nice job!