Q is for Queens Consort 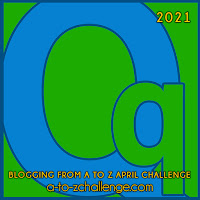 The first thing I checked when I decided that my theme would be  people alive in 1921 was to see who was born in 1921.  The second thing I did was to see if anyone famous who was born in 1921 was still alive in 2021.
So when I noticed that Prince Philip, Duke of Edinburgh was approaching his 100th birthday, I tried to find a way to get him in my list.  When it came down to fit people letters I realized quickly that I could fill the dreaded Q spot by Philip's title. 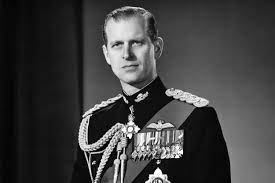 Prince Philip
Years Lived Before 1921: Zero
Years lived after 1921: One-hundred
Born a Greek and Danish prince on a dining room table on the island of Corfu in June of 1921, Prince Philip left Greece 18 months later in a cot made from a fruit box when his family was exiled.  These fairy tale beginnings led to a very public life as the longest royal consort in the history of the British monarchy.
He married his third cousin (through Queen Victoria) Princess Elizabeth of  England in 1947.  They were married 73 years.  Princess Elizabeth and he exchanged letters in 1939 when he was 18 and she was 13.  Philip joined the Royal Navy and served in the Navy during World War II. In 1952 when Princess Elizabeth became Queen upon the death of her father Philip became the Queen consort.
Prince Philip dies on April 9, 2021 twelve days before the Queen's 95th birthday and two months and a day before he would have turned 100.
For more A to Z challenge click here.
Posted by Home School Dad at 5:45 AM

Kind of a shame he couldn't make it all the way to 100, but that's life, I guess. I followed the Royal Family on Facebook for a while and was amazed at how much stamina the old guy had. He and the Queen were on the go all the time, keeping up a pace that would leave most of us breathless.