G is for George 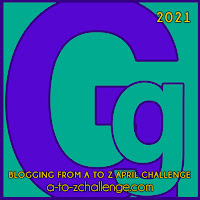 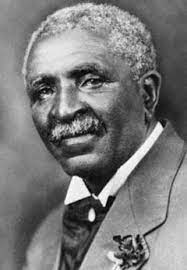 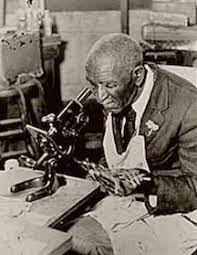 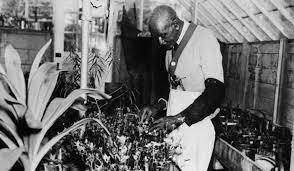 George Washington Carver was born into slavery in Missouri in 1864. He was an educator , a  life long learner, a man of faith and science,   an accomplished artist and musician and a great humanitarian. He did not invent peanut butter as is often attributed to him. However, his work at The Tuskegee institute did not only help the African American students there it helped poor southern farmers, black and white, to be less dependent on farming one crop (generally cotton) and diversifying to crops such as but not limited to sweet potatoes and peanuts. 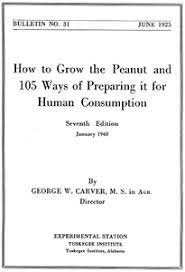 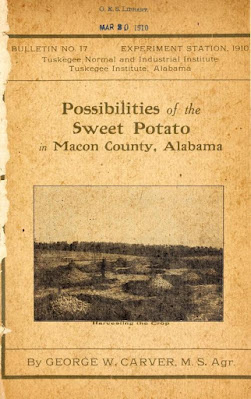 In 1894 Carver became  the first African American to earn a Bachelor's degree in science. He followed that up prior to the turn of the century  by earning his Masters of Agricultural degree at what was then called Iowa State Agricultural School.
In his almost 50 years at Tuskegee put all that science to practical use.  He would explain to his students and to local farmers that crops like peanuts and sweet potatoes would revitalize the soil ravaged by years of growing cotton.  Another problem with growing only cotton is that is not a food crop, so the farmers would need to borrow money for sustenance.  By switching to food crops, the farmer could sustain themselves with plenty remaining to sell at market.
When I decided on people who lived in 1921 for my theme for this years A to Z Challenge, George Washington Carver was the person I wanted to include most on the list.  When I was homeschooling my children I bought them a number of biographies written by janet & Geoff Benge.
My kids enjoyed reading them and I enjoyed reading them as well.  Last year I found that the George Washington Carver biography was available at my library as a downloadable audio book.  I listened to it and rediscovered why I appreciated Carver when I learned about him in grade school. 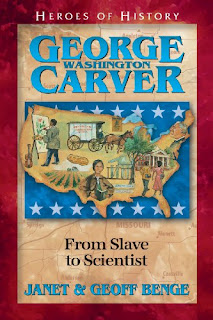 That does it for today's edition.  I'm just nutty about George Washington Carver. As you can tell by that horrible pun, I am also just nutty. Click here to return to the A to Z challenge.

I remember in grade school (40+ years ago) reading about George Washington Carver. I thought he was the smartest man ever.

It made me want to try my hand at botany even. His life had such an impact on my that I have an apple tree in my years that produces four different kinds of apples. I have another tree that produces peaches, apricots, plums and nectarines. All because of him.