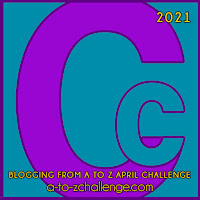 C.S. Lewis
Years lived before 1921: Twenty-three
Years lived after 1921: Forty-Two
Clive Staples(C.S.) Lewis was a professor, author, apologist and theologian.  Lewis was born in 1898 in Ireland, but he is best known as being from Oxford, England where he essentially lived from 1917 to his death in 1963.
The two most influential women in Lewis's life was his mother who died when he was 9 and his wife Joy Davidman Gresham who came to faith in Christ through reading Lewis's books. Both women died of cancer.
Lewis, who is certainly my favorite author, who may be best known for his children book series , The Chronicles of Narnia was a gifted author of many genre's running the gamut from poetry and science fiction to literary criticism and Christian apologetics.
Lewis passed away on November 22, 1963.  If that day seems somewhat familiar to you it is because that is the day John F. Kennedy was assassinated. Also dying on the same day along with  Kennedy and Lewis was Brave New World author Aldous Huxley.
This coincidence prompted author and professor  Peter Kreeft to write the book Between Heaven and Hell which is a fictionalized conversation between Lewis, Kennedy and Huxley that took place immediately after their death. Kreeft uses the conversation as an opportunity to examine both the claims of Christ and the theistic, humanistic and pantheistic world views that the 3 people represented.  It is a quick and thought provoking read. 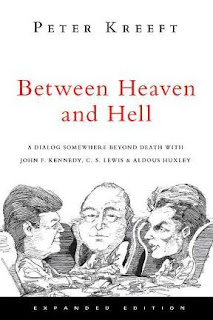 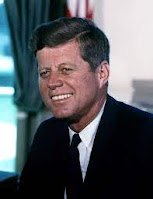 A to Z Archives: The Last Battle by C.S. Lewis at Random Acts of Roller. A review of the aforementioned last book in the Chronicles of Narnia.

Voyage of the Dawn Treader and An Open Letter to My Narnia Classes at HSD.  The first post is a review I wrote of the film adaptation of Dawn Treader.  The 2nd are reflections on some Narnia books from a class I taught at a home school co-op 10 years ago.

So lovely to see one of my favourite childhood authors featured on your blog!! I am definitely intrigued by your book recommendation and I have added it on my to-read list. It'd certainly make an entertaining read. I also didn't know that Lewis died on the same day as Kennedy -- spooky!

For A-Z we've written on criticism, if you'd like to check it out! :)
https://sasiety.co.uk/a-z-challenge-c-criticism/

I did an AtoZ on authors and poets a few years ago, this seems interesting. Here from https://poojapriyamvada.blogspot.com/2021/04/chutzpah-newnormal-a2z.html

I had heard of Between Heaven and Hell but had forgotten about it. Thank you for the reminder. I will have to go get it.

Visiting from A to Z
Blogging at Transformed Nonconformist