Peter Ustinov on Disney Plus 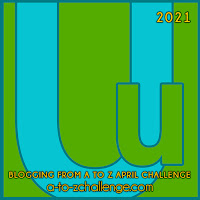 Peter Ustinov
Years lived before 1921:Zero.
Years lived after 1921:Eighty-three
Peter Ustinov's acting career extend over 60 years between his first and final movie appearance.  He received two Oscars for best supporting actor in the 1960's.  Today I'd like to focus instead on what we can see of Mr. Ustinov's career on the Disney Plus app.  He stars in the 1968 film Blackbeard's Ghost as Blackbeard the pirate.  He costars in the 1976 Disney film The Treasure of Matecumbe as Dr. Ewing T. Snodgrass. He also appears in one of my favorite Disney cartoons and twice with the Muppets. 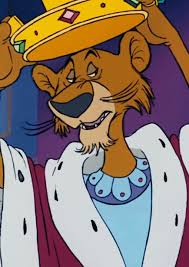 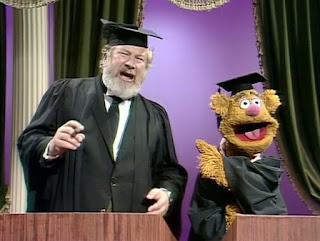 Peter and Miss Piggy
Great Muppet Caper 1981
The episode of the Muppet Show that features Ustinov is definitely worth watching.  Ustinov plays a number of diverse characters and does very many different accents even doing a pretty good Kermit impression at the end of the show.  Kermit also sings "It's not easy being green" in this episode which was his signature song before the Rainbow Connection from The Muppet movie.
For more A to Z challenge click here.
Posted by Just Plain Dave FKA Home School Dad at 2:32 PM

Peter Ustinov was tremendously talented -- and it's great that he's been able to voice animated characters. Is it just me, or does he look a bit like Fozzie the Bear? Visiting from A to Z.